Like any youngster, you have some favorite possessions, and sometimes you’ll bring those items with you to places that don’t necessarily make sense to adults. For instance, one day while you were getting ready to spend the afternoon doing fun things with your Mom you decided to bring along some Pokémon cards. As if you were on a grown-up date, the two of you would be going to the movies and then dining at a nice restaurant. Most adults wouldn’t see the purpose in bringing along a few Pokémon cards, but in your six-year-old mind it was perfectly logical. You had three brand new cards and you wanted to look at them and think about all the Pokémon battles they would win in the future when you spent time with your friends. You grabbed your new cards and followed your Mom to the car.

Once you arrived at the theater, you set your prized cards in the armrest drink holder and adjusted them so they, too, could see the dinosaurs as they roared from the screen. With small popcorn in hand, you sat back and allowed the movie to take you on a spectacular adventure.

As soon as the last dinosaur roared and the credits rolled up the screen, you were pouncing out of your chair imitating the giant reptiles. Your excitement was so fierce and passionate that you left with a dinosaur swagger, not realizing you had forgotten to pick up your Pokémon cards and bring them with you.

It would be some time before you realized you had lost your prized Pokémon cards. Hours would pass before you noticed, and it would be too late to go back and get them. Some might say the cards must not have been as meaningful to you as you claimed, or you wouldn’t have been so careless. Heartless comments like those are made by people trying to justify and distance themselves from pain. It’s actually a sign of self-loathing and fear when someone refuses to have compassion for the disappointment in another person’s life. 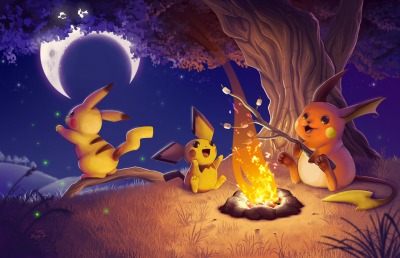 When I first met Jacob he was bouncing around a restaurant patio table playing in the mist falling from overhead water-misters.

It was a Friday afternoon and I was working as a food server. The weather was exceptionally hot, but in spite of the cool dew dropping from the metal rods, there were no other customers dining on the patio. His activity under the drizzling water wasn’t being disruptive in any way, and I was impressed by his Mother’s willingness to endure the heat so he could remain playful after so much theatrical stimulation.

Jacob’s playful personality wasn’t what made him unique, but his eating habits sure did. While dining with his Mother, she ordered for him, and she introduced him to cuisine far tastier than chicken fingers. She ordered each of them a Pina-Colda (albeit, his was a virgin) a seafood appetizer, and then told me they would be sharing the Carnitas Dinner Entree’. I was genuinely awed by the confidence of Jacob’s mother, and by the way he responded to her. He trusted her, complied and seemed to really enjoy the gourmet fare.

I came out to the patio with a standing tray-jack and some to-go containers so I could box their leftovers when I noticed the change in Jacob. The boy who had been so lively was now sitting very still with his head down. I couldn’t see if he was crying for sure, because his little face was hidden behind his baseball cap, but I did see a small hand reach up under the cap, so I guessed he was drying a tear.

“Sometimes we have things for a short amount of time. It just happens that way,” Jacob’s Mother spoke to him.

Jacob didn’t reply to her, and I didn’t say anything. Working as a food server there are many times I have stumbled upon a conversation that I wouldn’t typically be invited to witness.

“Would it help you to think that maybe someone else found them, and that person is feeling very lucky?” Jacob’s Mother tried again.

“Yeah, hopefully that one will come,” Jacob’s Mother was so calm. She was faintly disappointed for him, but not overly emotional.

Finally, I couldn’t help but say something. I proceeded to tell her how impressed I was with her parenting. I shared examples of the things I had noticed her do with her son. It was then she told me about his disappointment. He had just realized that he had left three of his new Pokémon cards in the movie theater. She told me he was struggling with feeling disappointed.

And my heart welled up with so much hope I couldn’t help but smile.

You see, several months earlier, my son and his wife were visiting from California. They came to the restaurant and enjoyed some drinks and appetizers while I was working. When they were finished, I told them they didn’t have to pay–it was my pleasure to pay their tab. As a joke, my adult son handed me a Pokémon card saying, “Here’s your tip.”

For over four months I have carried that Pokémon card in the notebook I use while I am working. There was no reason to hold onto the card. Time and again, I have emptied the contents and the cash out of the notebook, but each time I would put the Pokémon card back into the money slot. Other food servers even teased me and asked if they could have it.

But, now, standing on the patio, I wondered if the card was mine, after all. Perhaps, I had just been holding it for Jacob.

The look on Jacob’s face when I handed him the Pokémon card was priceless. To be a stranger who could come along and solve a simple crisis was worth more than any amount of money I might have made that afternoon in tips.

I left Jacob and his Mother on the misty patio and went inside to prepare their bill. When I returned, Jacob was bouncing again, and this time he had things he needed to tell me. He told me that because the Pokémon card was an older card, he would be able to win many battles, but he also told me he didn’t think he should keep it forever.

Because the Pokémon card was a gift to me from my son, he decided I should keep it. “One day your son will have a little boy, and you might want to give it to him,” he told me in all sincerity.

Jacob and his Mother had come up with a two week plan. He was going to take the card for two weeks and then he would return to the restaurant with his parents and give it back to me. This would allow him to win many battles with the card, and I would still be able to keep it for my future grandchildren.

I don’t know if I will ever see Jacob or the Pokémon card again, but I know I will never forget our interaction. I also know there was something in our meeting for me.

It doesn’t matter what we lose, or how tragic our situation, something is coming to change the dynamics of the story. When we feel most disappointed, as hard as it may be, we have to press on knowing there is a random Pokémon card waiting to be unearthed.

If we could see the contents of everyone’s notebook, perhaps we would let our defenses down and open ourselves up to another. If we knew who was holding the replacement Pokémon card, we would seek that person out and make ourselves vulnerable. But that is not the way it works. Without any knowledge of the contents of my notebook, Jacob’s Mother invited me into Jacob’s disappointment. It was only by her sharing that I became a key player in their story. I had the card to change the story, but I didn’t know what was needed until I heard the story. Hearing the story changed the story.

We are called to live in community with one another. Living in community is not merely sharing pleasant things. We are called to share our disappointments as well as the victories. When we do this we are inviting others to partake in the journey, and their involvement will change the story. Our faith increases and we are transformed into people who win many battles.