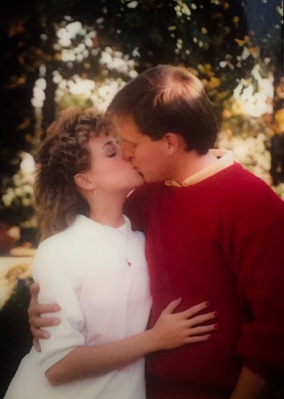 It was 1988, I had been a Christian for less than 2 years, David was one month out of Bible college, and we were three weeks into our marriage, when we left California and drove across the country to Danville, Illinois, where my husband had taken a job as a Youth Pastor. During the transition, people called us “fearless.” Honestly, we weren’t fearless. Clueless, perhaps–but fearless? Not even close.

We learned pretty early on that our lifestyle was different than our peers, as their date nights and toddler’s schedules didn’t revolve around other people’s teenagers. Investing in someone else’s teenager is much like a welcoming a virus into your home, as the joys and trials overtake your thoughts, conversations, and family activities.

In the two decades that followed, we were both blessed and exasperated by the hundreds of young people we encountered living and ministering in the midwest and Southern California. We witnessed teenage friendships evolve into dating relationships that sometimes resulted in marriages, and then we experienced the joy of watching most of those marriages thrive and the grief when some of the marriages ended in divorce. My husband stood beside a young man when the frightened seventeen-year-old told his parents that his girlfriend was pregnant, and thanks to social media, we’ve watched that unplanned child be loved as she grew into a beautiful young woman. To say the least, our lives were positively altered by the teenagers who allowed us to be a part of their lives.

Over the course of the last decade, David’s ministry role within the church shifted. He was subtly ushered into jobs that were highly administrative and less relational. It would take several blog posts to explain how the transition began, how we each responded to and resisted these new roles and the way the undesired change affected his self-esteem, self-confidence, and ultimately our marriage. Mentioning the shift is irrelevant anyway, except in that it eventually frustrated us both to the point of asking questions in regards to what we wanted out of life, and the ways in which we each desired to serve the Lord and the community.

We began asking each other the romanticized question, “If money were no object, what would you do?” My answer was easy and obvious (#amwriting). David’s took months of contemplation to be realized.

After much prayer, consideration, and conversation, David is leaving his career as a Pastor to become a High School teacher.

Days after David made this decision, I woke up with random thoughts of Ruth Bell Graham, wife of Billy Graham. My heart sank as I compared myself to the upstanding woman. I thought, perhaps, if David had married a woman like Ruth, his life might have turned out so differently. Those in church leadership might value all he has to offer.  I blamed myself, the selfishness of my infidelity, for David’s life taking such a dramatic change. I felt as if I robbed him of a great life.

Once I was able to conjugate my shame into words, I shared my brokenness with my husband.

“If you had married someone like Ruth Graham, you wouldn’t be leaving the ministry,” I whispered through restrained tears.

“Who says I’m leaving the ministry?” he responded, “I’ll never stop doing ministry…and besides, if this is what comes of everything that happened, then GOOD! I couldn’t be more pleased,” and in his gentleness, he pulled me out of myself and into his belief.

And, he’s right. I can see how he will love these students and how they will bless his life. This man was created to be involved in the lives of students; he is a natural shepherd, a breathing example of God’s love as it is available through Christ. So, we leave the life we have always known for the life we once knew. 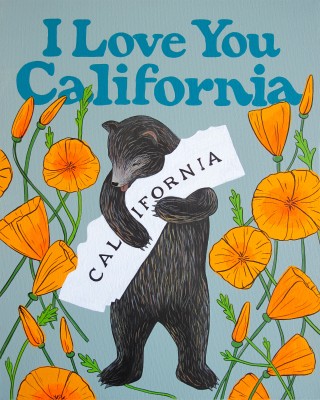 Perhaps you’ve heard the saying, “the third time is a charm”, but do you know it’s folk history? The saying evolved from a British law, which said any person who survived three hanging attempts would be set free. The law came about in 1885 when a West Country sailor was convicted of murder and sentenced to death by hanging. After three failed attempts, the sailor was imprisoned and later released. He died a free man in the 1940’s.

Likewise, after two attempts at living in the Antelope Valley we are returning for the third time to live in the high desert of California. Beginning August 8th, David will be teaching at a public High School, and we will be investing in the community that has twice before been our home.  We are eager for whatever God has planned as we return to living in the wide open spaces, amid the wild poppies and Joshua Trees. Our hope is that the third time will be a charm, and this will be our final relocation. We have felt for a while that ‘the best is yet to come’, and we see that in going back we are moving forward.

3 thoughts on “Back to Our Future, aka: We’re Moving!”

When a fiction writer sees a giant kite: “But it’s not a kite, it’s actually an alien who has penetrated our atmosphere through the diminishing ozone layer and has been descending for days. The journey has made her incredibly horny, and she’s drawn to the shoreline because the sound of crashing waves is the exact sound that the males make when they have an abundance of sperm. Sadly, there IS NO male alien with a nano-nano full of sperm. This is awful news for sunbathers, because the only thing kite-aliens want in place of sexual intercourse—is lunch. Tasty, roasted human snacks.” 🪁 #myimagination #writerswrite #hbpier #kites #fiction #beach
I’m about to swallow this book whole for the title alone. 🤍
Introducing your next binge. Just a spicy lil AirBnB story that’ll steal your attention from start to finish. #whatimreading
You’ve got goals—so many dreams, but remember... things happen when they’re meant to. Never before. What we do in one season is what prepares us for the next. Keep being you for you. 🤍🐱
Remembering Thanksgiving 2016 🍗 #mannequinchallenge #athomeonAzalea