I am an obsessive researcher, but only compulsively.  Driven by this nature, God spoke to me in a most unlikely place. Through a Google search I wound up on an advertising website reading an article entitled, Changing Beliefs Vs. Changing Behaviors. The article stated that while it is easy for advertisers to change customers behaviors, changing customers beliefs is a daunting task. In other words, if you are a die hard Coke fan, you may purchase Pepsi because it is on SALE–but deep inside, you still believe (and may be willing to argue) that Coke is better than Pepsi.

Now, I am not interested in the cola wars, or even in advertising. What I am interested in is the truth. Recently, I made a lot of self destructive decisions that ended up causing a great deal of pain, and knowing the truth about my motivations matters to me greatly.

One of the things that I’ve come to realize is that my belief about how I felt about my marriage was a major influence. According to Rick Reynolds, Founder and President of Affair Recovery,

This is where is gets tricky, because this is where I unload some of my baggage, or “air some laundry.” Prior to meeting my husband, I had a habit of dating young men  who were not chivalrous. I gave myself completely to several relationships, and each relationship followed the same pattern of intimacy & thrill followed by rejection & heartache. My draw towards people who would treat me poorly increased. At the ripe young age of 21, I understood and even empathized with Glenn Close’s character in Fatal Attraction.

Then I met a very kind young man who treated me differently. His composure with me demonstrated the love that my Heavenly Father has for me. He was respectful and faithful. As much as I knew this was a good thing, it was equally confusing. During our engagement period, there were signs that I was struggling. I did not understand why I didn’t have the erratic feelings that I had experienced in the past. What I didn’t know was that the feelings to which I had become accustomed to were not associated with love, but rather with rejection.  I did not understand how to allow myself to be loved rather than used.

Being used was familiar and understood. This was new territory, and while I attempted to understand it–I didn’t talk to anyone about what I had come to believe, because sadly, what I had come to believe was that I had made a mistake. I had taken a vow, and I had started a family–what I felt was irrelevant. I assumed that as long as my behavior emulated a strong Christian wife, my heart would follow suit and walk the line. 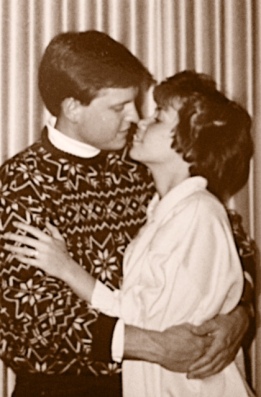 “If I just had the right behavior, it wasn’t important what I believed.”

Over the last several months, that lie has been shattered. I did not make a mistake when I married my husband. It’s a terrible lie and I don’t believe it anymore. It is also true that believing that lie is dangerous. Every single lie we tell ourselves is harmful. Every. Single. One.

10 thoughts on “The Lies We Believe”