“Evidence shows that women are less self-assured than men—and that to succeed, confidence matters as much as competence.” -The Atlantic

It was already decided. On Monday morning, between the hours of 10-11 AM, I would seek employment as a Food Server in the hip downtown area of a neighboring city. Working in that atmosphere would fit my personality and still allow me time to pour into my reading and writing. I had already scoped out the upscale restaurants where I hoped to garnish employment, and now I just needed to go in confidently and convince one of the establishments that hiring me was the best choice they would make this month.

Then the alarm went off. It wasn’t an audible alarm–it was an alarm inside of me that had been growing. My hope has been draining over the last few days and the alarming feeling inside was telling me that things were never going to get better, or feel different. My hopelessness was showing through to a few friends, and they were commenting on how important it was that I didn’t withdraw at this time. One friend was bold enough to say, “not allowing people to get close hurt you when it came to having people who would have called you out on the affair, or for you to talk about the feelings you were having.”

As soon as I had chosen an outfit for the day, I grabbed my iPhone and worded a text message asking for prayer. I hoped that having others pray would sooth my nerves. My hands were shaking so badly, I had to resort to using the vocal commands to finish the text message. I asked for prayers of confidence. I knew I wanted to send it to a group of people, but I didn’t want to overload anybody’s phone and cause an explosion. I added names, and I deleted names. Satan was having a hey-day even in this simple task of texting. The inner voices started yelling, “She doesn’t want you to keep bothering her!…Don’t text her…she’s got enough on her plate!” and the winner of them all, “Seriously…you are asking for prayer to become a WAITRESS?”

Adding one of the names made me feel especially insecure. She is younger than I am, and busy with her toddler. She was my hairdresser for a couple of years, and I would have continued with her had my daughter not taken over the laborious task of covering my gray. I have admiration for her and her calm spirit, and she has been especially graceful in sending me text messages and in her willingness to pray for me over the last few months. But still…this request seemed so silly. Despite my fears, I added her to the group MMS.

The group responded enthusiastically with prayerful responses. My heart was calming down, and I proceeded to apply my make-up with less shaky hand movements. My fears of the younger woman even subsided when she responded to the group text message with a verse:

“For God has not given us a spirit of fear and timidity, but of power, love, and self-discipline” 1 Timothy 2:7

I grabbed my blow dryer and began the arduous task of drying my locks. Almost immediately something shot out of the barrel. Then there were SPARKS and SMOKE. The blow dryer exploded and died.

Now, the death of a blow dryer on any occasion is a sad state of affairs, but this was unbelievable. I looked at the plastic carcass of the appliance that had served me so well over the years. Perhaps I should have felt sad for the blow dryer, but honestly, in that moment, I could only think of myself. “Are you kidding me?” I said to the lady with wet hair who stood in the mirror.

The first thing I thought of was the group text message. This was embarrassing. I had asked for prayer, and now it was evident that I was never going to make it to any of the upscale restaurants before the lunchtime rush. I imagined that my unreliable blow dryer would be annoying news to these godly women. I felt like a drug addict telling my sponsor that I had just smoked crack. Still, I had to tell them what was happening. Reluctantly, I typed out a text message sharing the news of my blow dryer’s demise.

Almost immediately, the younger woman responded, “I have an extra dryer if you need it!”

Within 15 minutes I found myself sitting in the downstairs bathroom of my former hairdresser’s home (which coincidentally is just 2 miles from the hip downtown city filled with upscale restaurants). My faithful friend used her blow dryer and her skills to style my hair so that I might go forward with confidence to seek employment.

My heart swells and tears fill my eyes at the phenomenal way God works in our lives. The death of my blower dryer was not a surprise to God. He knew my blow dryer was on it’s last leg, and it was His Spirit within me who was prompting me to include her when asking for prayer. I didn’t need to have exceptionally well styled hair to go job hunting, but what I did need to experience was grace and faith in action. This woman was not merely using her words to proclaim that she would be there for me while I climbed out of the mess I had made, she was willing to use her time and her talent. THAT is LOVE. The enemy wants me to doubt myself and live in isolation–but that is not God’s plan for any of us. We are created and called to live in community. Sometimes others make decisions that make finding that community more difficult, but God will use any means to draw us closer to one another if we allow Him access to our lives.

6 thoughts on “Text Messaging and Blow Dryers…Instruments of the Lord.” 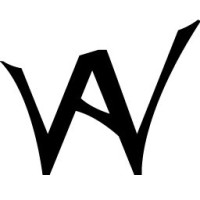 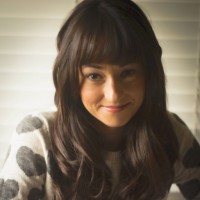 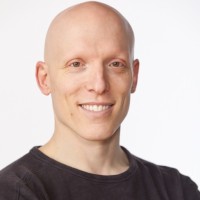 Coaching and Counseling for the real world.

Seven Tools for Unleashing Your Creative Self and Transforming Your Life

"I think cinema, movies, and magic have always been closely associated. The very earliest people who made film were magicians." -Francis Ford Coppola

Whispers for the journey

Wake Up My Faith

My journey in daring to live by "faith alone". Come along and see what happens...

Be A Size You

Transformed from the Inside Out